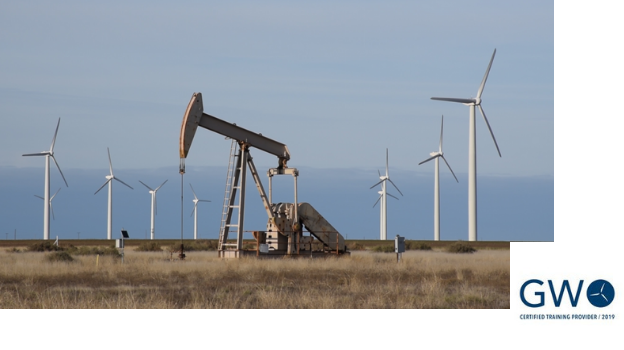 When you think of energy wind isn’t the first source that springs to mind when you say Texas. But given Texas’ is the leading state in wind energy so we thought we’d explore in more detail.

Texas produces the most wind power of any US state, it’s also home to one of our premier GWO training centers. In 2017, 16% of electricity generated was from wind. Texas has over 40 projects the largest of which is the Roscoe wind farm others include the Hollow Wind Energy Center, Sherbino WInd Farm and the Capricorn Ridge Wind Farm.

Texas is well positioned for a thriving wind sector, west and southern areas benefit from strong predictable winds especially during the day when consumption is at its highest. This is heavily reflected in the jobs market. Wind energy is one of the fastest growing sectors in the USA and a large percentage of those jobs are in Texas. In fact Texas has become somewhat of a mecca for people looking for the steady paycheck that wind energy can provide. There are an estimate 230,000+ jobs in clean energy as a sector (solar, wind, energy efficiency) and an estimated 10,000+ jobs were created in 2018 alone.

Put into context if Texas were a country it would be the sixth largest wind energy producer in the world, the bulk of which is generated in Nolan county. At peak output wind energy has contributed as much as 50% of the states power needs although this normally sits around the 15% mark. It’s these kind of figures that show just what an important role Texas has to play.

It’s not just the turbines themselves that have contributed to job creation it’s the supply chain businesses that are cropping up as part of the wider ecosystem that will continue the growth. From blade manufacturers and components manufacturers through to companies recycling older parts and turning them into building panels the entire sector is awash with opportunity.

As the leading state for wind energy Texas is the perfect place for our GWO training facility. Located in Sweetwater the center is a modern, state of the art training facility. For more information and to book a training course click the link below:

Linking to Texas training centres, focussing on Texas as the leading state for wind energy in the USA.